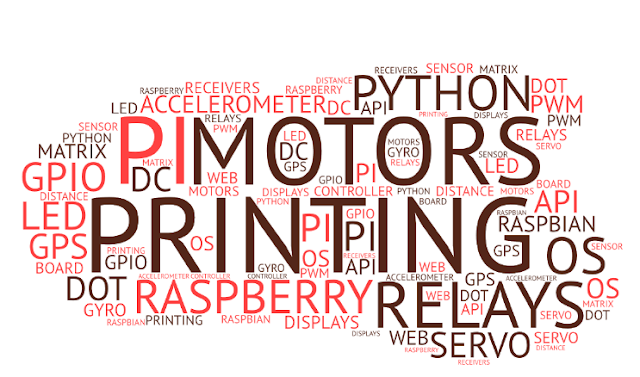 At the end of Rosie Patrol, Rosie received a long overdue makeover, and was given a random digit with a meaningless decimal point for no particular reason.

Yes, please do keep up!  Rosie is now Rosie 2.0, didn't you know?  And we even have a word cloud that goes with it.

With her ineffective decimal point comes great responsibility; and - quite simply - people start to expect more.  Which means we have 10 more mini-trips to take her to places she's not been before... quite literally.  And possibly start to demonstrate the true wonders of robotics and navigation (but we're not promising anything).

You'll get to tackle:

Show me the proof! 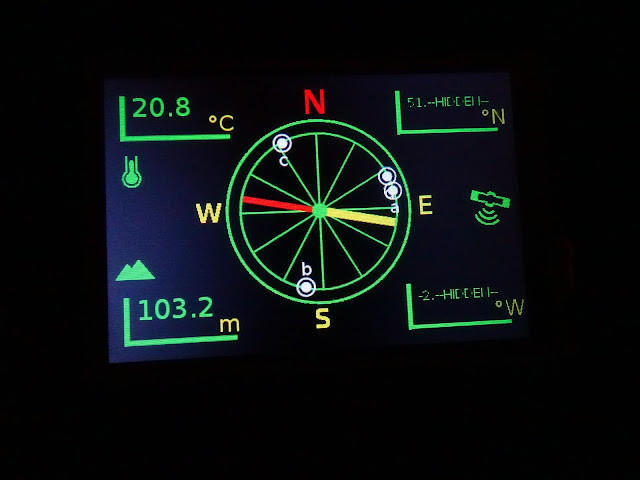 In the regurgitated words of Michael Bublé: It's a new dawn.  It's a new day.  It's a new Star Wars film.  For me.  And I'm (George Lucas, and I'm) feeling good.  Unfortunately for Canadian Mike, the Grammy that year was won by the novelty disco classic with the famous refrain: We love IoT, even in Planet Tatooine*.

Clearly, the Star Wars producers didn't sincerely mean the lastJedi the previous time around.  Return of the Jedi, released during the decade that spearheaded cultural renaissance 2.0 with the mullet and hair-metal, was less economic with the truth.  Either way, we're going to take inspiration from the impressive longevity of the money-spinning space-opera and reboot our franchise with some Jedi mind tricks.  Except this particular flick doesn't require an ever-growing cast of unrecognisable characters, unless ASCII or UTF counts.  In place of an ensemble gathering of Hollywood stars and starlets, we will be assembling together a…
Post a comment
WHAT, THERE'S MORE?

Beam me up, Rosie!

How do you get from A to B?

You can't, as As and Bs are just letters in the alphabet. But if A is your house, and B is a meerkat village at your favourite safari park, you'd probably use a device equipped with GPS.  Not to be confused with UPS, who will deliver you your chosen meerkat through the post. And why on Earth would Rosie Patrol need one? Precisely, it's because she is on Earth that she needs one. Because our planet is rather big. Big enough to get lost in. And we don't want to lose our friendly plastic boxes on wheels. And maybe, eventually when she's clever enough, she'll go and defeat baddies on her own. And return home afterwards for a well deserved Earl Grey tea.

Besides, why wouldn't we want to add another three letter acronym to Rosie Patrol's repertoire?
All superheroes need:One Raspberry Pi 3, running Raspbian OSComputer from which you are connecting to the Raspberry Pi Probably the most important bit: a GPS receiver thingmy. …
Post a comment
WHAT, THERE'S MORE?

We're fast approaching Christmas time.  And if robots were to make one simple observation about the human species during the Christmas festivities, it's that they watch a lot of TV.  A LOT.  Often, accompanied by an inappropriate amount of greenhouse gas-producing food.  Stuff you don't normally eat during the remainder of the year - for good reason.

And most so-called shows on TV are boring to robots like Rosie.  After all, why watch a minor subspecies of the human race - celebrities - stumble awkwardly around the dance floor, dressed like a faulty, sparking circuit board?  Such branch of entertainment doesn't require robots to engage any of their proud circuitry.  Their processors remain idle.  Memory under-utilised.

But if robots are to be part of people's homes (and blend in), they need to look at least a little interested in some of this irrational nonsense.  Nobody likes a party pooper.  A killjoy.  And this is where a certain subgenre of TV entertainment co…
Post a comment
WHAT, THERE'S MORE?